Legendary rap group Bone Thugs-N-Harmony invades the state of Texas next month on their “Texas Takeover Tour.” The jaunt includes 10 stops across the state and kicks off at Trees in Dallas on February 13. The tour will also hit San Antonio on February 14, Houston on February 15, and wraps up in Amarillo at the Midnight Rodeo on February 23. A complete list of tour dates is listed below.

Since making their mainstream debut in the early 90’s Bone Thugs-N-Harmony has been an icon in the hip-hop world. While on the Arsenio Hall Show on January 10, the Grammy winning members of Bone spoke on their contribution to hip-hop. “We married hardcore rap and melodic sounds together. Every hip-hop artist that’s out now been influenced by what we did. We’re very happy to be here, we feel blessed to [have] contributed something so substantial to music.”

The contribution that Bone Thugs-N-Harmony has made to music is substantial indeed, and now the guys have set their sights on the ultimate in music accolades: The Rock and Roll Hall of Fame. According to Bizzy Bone, the “Texas Takeover is part of Bone Thugs-N-Harmony remerging and surging past expectations on the way to the Rock and Roll Hall of Fame. That’s what the excitement’s about: see the people, do the traveling, and reach our goal in 3-4 years.”

After a tremendously successful Texas tour run in 2013, Bone Thugs-N-Harmony received such high demand to return that they’re back in 2014 for part two. This time around they’re hitting four Texan markets that the group hasn’t visited in five years, but Krayzie Bone envisions that changing. “We’re hoping to continue this Bone yearly run in Texas. Texas has always supported Bone from Thuggish Ruggish, from Day 1. It has since then been a consistent market for us, and the love and support just keeps growing. I love Texas because our fans there have been some of the most loyal that I’ve ever known. So the Texas Takeover show must go on.” 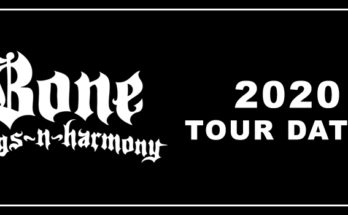 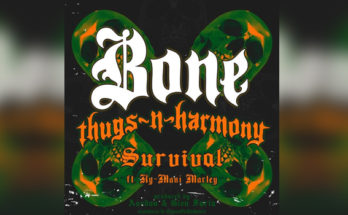